The US Vice President and Ecumenical Patriarch of the Greek Orthodox Church met today and discussed the issues facing Orthodox minorities in the Middle East.

The US Vice President Joe Biden met with the spiritual leader of the Greek Orthodox church, Patriarch Bartholomew I, today in the Istanbul district of Fener.

During their meeting which lasted approximately two hours the two men discussed the issues facing the orthodox Christian minorities in Turkey and the wider Middle East, as well as the campaign to reopen of the Halki Seminary in Turkey. The theological school was forced to close in 1971. However a campaign to reopen it has received renewed international support in recent years. In 2009 the US president Barack Obama called on Turkey to allow the seminary to reopen, a position supported by other top US political leaders. 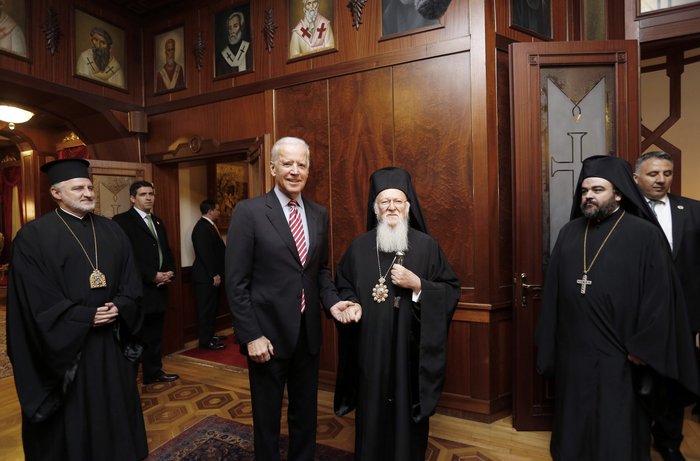 Sources also report that Biden, who recently visited Ukraine, also referred to the orthodox church in the country. 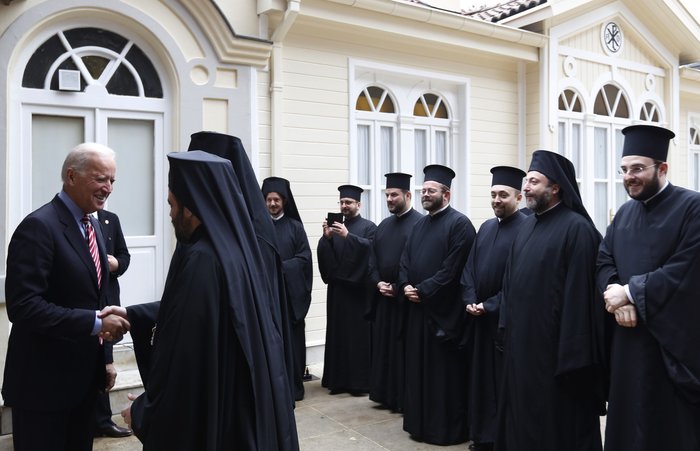 The US Vice President praised Bartholomew on arriving at the Patriarchate telling journalists, “This is a man who does what he says.” In the past Biden has stated that he had been impressed by Bartholomew’s character to such an extent that the patriarch had reminded him of Nelson Mandela.

Following his meeting with Bartholomew, Biden visited the the church of St George where he lit a candle and was given a tour by the patriarch.